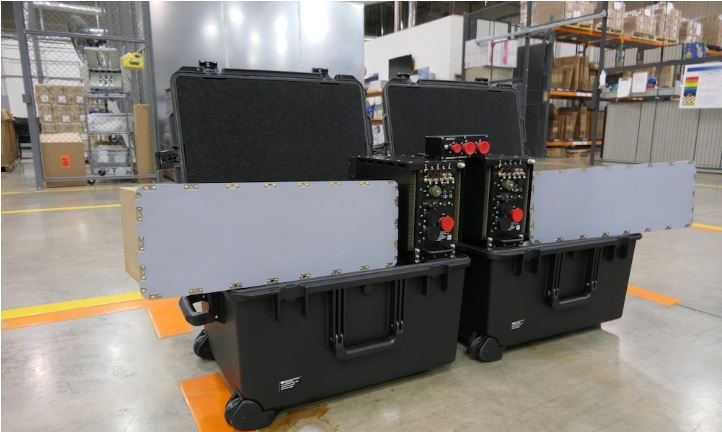 After a nearly 20-year absence, the U.S. Army is reengaging and reinvesting in the electronic intelligence (ELINT) fight.

The SS-4000 prosecutes ELINT emitters and can detect non-communications signals, typically radar signals. This enable collection and exploitation of ground-based emitters by Army Soldiers. This newly acquired information is then provided to Army leadership for action.
“From a ground-to-air-threat base, that’s obviously a key thing to know,” said Kristen Pickelsimer, Assistant Product Manager (APM) for the GRCS system.

The new SS-4000 is replacing the legacy GRCS ELINT Advanced Quicklook (AQL) system which the Army has been using on aircraft for the past 35 years. While the AQL was a conventional radar collector, its modern replacement is capable of collecting conventional and low probability of intercept (LPI) signals.

“As the Army pivots to newer technology and different threat bases emerge, we knew there needed to be something to replace the AQL,” Pickelsimer said. “We needed something that is more agile and something that can go after modern threats.”

Compared to the AQL ELINT system, the SS-4000 payload can detect and produce actionable intelligence for ELINT emitters of interest with better accuracy. With a significantly larger instantaneous bandwidth, the new system can scan the environment at a much higher rate, increasing the probability to detect and intercept signals from adversaries.

The SS-4000 was delivered to the Army in December 2020 and was deployed in April 2021. The new ELINT equipment have already been added to two aircraft and is expected to be added to an additional four in the near future.

The development of the SS-4000 ELINT system is the first part of a larger Army initiative to replace and update all of the payloads on the GRCS Signal Intelligence (SIGINT) Suite Modification (GSSM) platform. This will allow the Army to sustain and continue to go after modern threats through 2028.