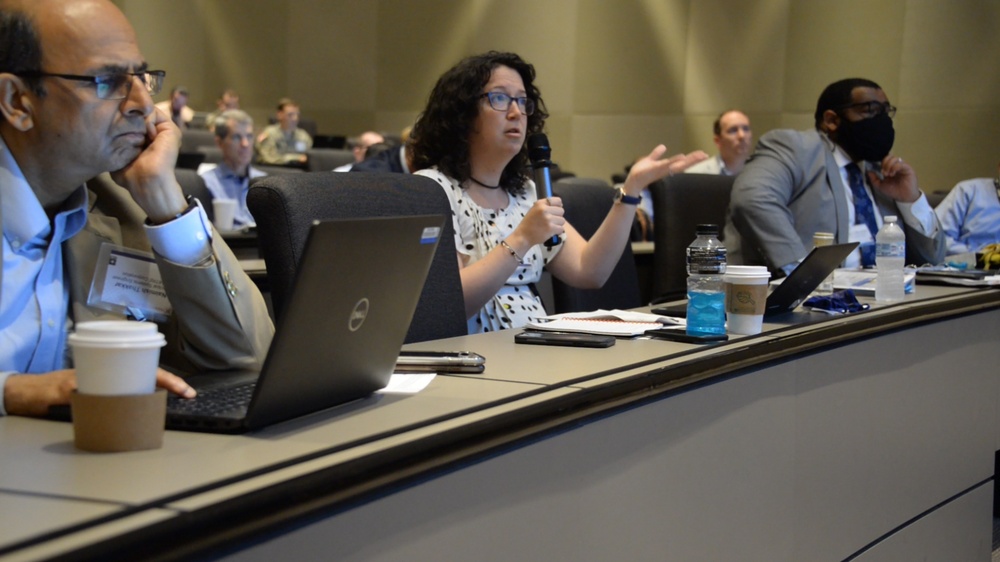 ATLANTA, Ga. (August 23, 2021) — In software programming, there’s a well-known method called :rubber duck debugging.” When programmers hit a roadblock, it’s likely they have made a simple mistake that the computer doesn’t understand. To ensure the instructions are clear, the programmer must debug their code by explaining it line-by-line to the rubber duck seated on their desk.

The U.S. Army’s Rapid Capabilities and Critical Technologies Office (RCCTO) took this method a step further with their Army Strategic Rapid Acquisition (AStRA) competition by asking two questions: What if you had to explain something before you even started and what if the duck could talk back?

The xTech RCCTO AStRA Competition, which began in May and is now moving towards contract award, was open to companies and academic institutions who wanted to share their best ideas for emerging military technology, with the ultimate goal of putting the most promising capabilities on contract for rapid delivery.

Companies responded to a call for White Paper submissions through either the Army xTech or beta.Sam.gov websites. Those selected moved on to Phase 2 presented their pitches at the Georgia Technical Research Institute (GTRI) headquarters in Atlanta to a panel of expert judges during the week of June 28.

Those invited to pitch have the opportunity to receive an Army contract to prototype their technology, with possible follow-on efforts. The Army in now in concept refinement on many of these capabilities.

For this iteration of the AStRA Competition, the RCCTO partnered with Program Executive Officer Intelligence, Electronic Warfare & Sensors (PEO IEW&S) and PEO Soldier, who identified six different technology focus areas, with support from the xTech Program, led by the Assistant Secretary of the Army for Acquisition, Logistics, and Technology (ASA(ALT)).

“Speed is important because technology is constantly changing,” said Brandon Little-Darku, Acting Deputy Director for the RCCTO’s Advanced Concepts and Experimentation Project Office. “We want to make sure we get these critical technologies out to our warfighters so we’re trying to see what exactly we can deliver within 12 to 24, or maybe even 36 months, depending on the technology.”

It’s not just developing something for a demonstration, he added.

“But to develop whole product plans so we can leave a residual combat capability, transition over to the PEOs for continued maturation and give the Army an informed decision on that capability,” Little-Darku said. “That way, if they wanted to go forward to that the next step they can.”

The theme of speed persisted in the structure of the event; each pitch lasted thirty minutes and immediately followed by fifteen minutes of open questions from PEO representatives and other personnel in the audience. Questions varied from basic background information, such as company size, location and previous achievements, to specific product data.

Maj. Tron Sugai, Space Support Element Chief, Third Infantry Division, requested clarification on what echelon a potential product would be offered to, be it the division, brigade or company level.

“I think it’s important to ask these questions especially for us, the warfighters,” said Sugai. “Because we always hear about these things, but we don’t necessarily know the process. Asking these questions up front— Does the division staff see it? Do the brigades see it? The warfighter on the ground may not necessarily see it. It is important for the company to know where the technology is going and have a plan for that.”

As an Army leader, Sugai recognized the importance of attending this year’s event.

“As a field grade officer having gone through the Command General Staff College, that’s really the first time we’ve learned about how the Army runs and works in a larger sense,” said Sugai. “This event is important for myself and future field grades to learn how we get equipment rapidly out to the warfighter.”

Jennifer Stroh, PEO IEW&S Special Projects Officer and Special Advisor to the PEO, was a judge of the proposals on the first day and saw similar value in the style of the event.

“As the eventual transition partner for these innovative technologies, PEO IEW&S is very grateful to have had the opportunity to participate in RCCTO’s process from the beginning through the live, in-person pitch days,” said Stroh. “It gave us the opportunity to ask detailed questions about a company’s development processes, technology maturity, and proposed cost and schedule to help determine the level of risk associated with each project in real time as opposed to the traditional paper-proposal process that limits vendor engagement and discussion often forcing us to take things at face value.”

The inaugural AStRA competition is a successor to previously held Army RCCTO Innovation Days and is closely modeled after commercial investor “pitch” days. The RCCTO held two similar events, the first in September 2019, and the second in February 2020, which was a partnership with the Army Futures Command and the Army Applications Laboratory.

Among the attendees were representatives from 1st Special Forces Command, including Dave Rolen, Deputy Chief of Innovation.

“What the RCCTO is doing is providing the operators, the program managers, the engineers and those with money the capability to create long-term plans to collaborate in a campaign of learning so we can understand our present capabilities and then go about finding the best ways to close the gaps [in those existing capabilities] and provide new capabilities to the field.” Rolen said.

“We’re happy to partner with the RCCTO to find the seams where we can overlap,” Rolen said. “We hope to find the places where we can add value and then potentially how the RCCTO could help close the gaps for the 1st Special Forces Command in our unique value contribution.”

For those that successfully completed Phase 2, the Government paid them $5,000 in prize money and are now in concept refinement with the RCCTO. Contracts could be awarded as early as late August.