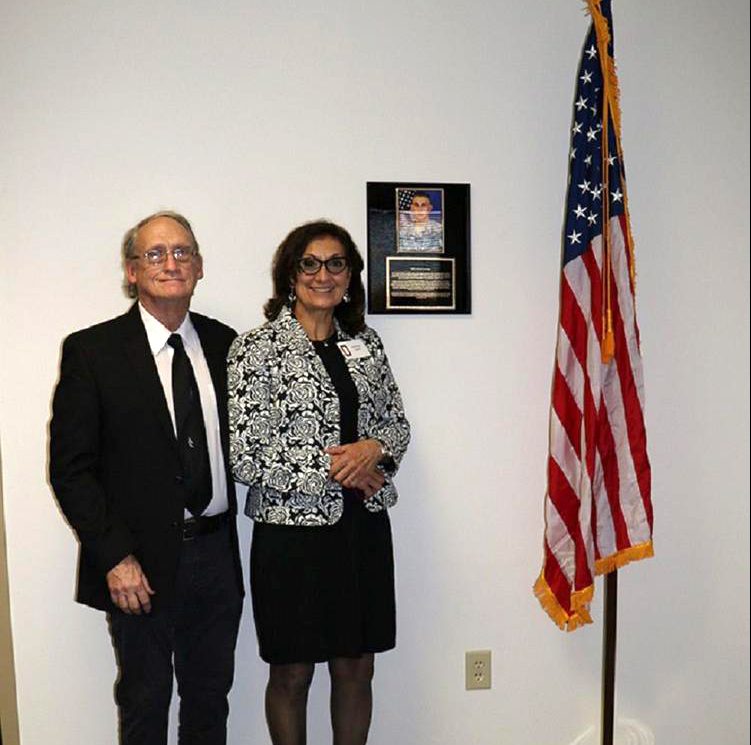 Posted at 09:26h in News by Brian Cooper

Now their memory lives on every day at PMO Aircraft Survivability Equipment.

PMO ASE’s mission is to deliver technology to keep Soldiers safe when they’re carrying out their missions.

The group dedicated seven conference rooms in honor of the Soldiers during a ceremony for their family members Nov. 19.

“Gold Star families are integral members to the Army – having made the ultimate sacrifice,” Col. Kevin Chaney said. “This ceremony is in dedication to several local heroes and their families. It is a small token of remembrance and preserves the legacy of these Soldiers.”

Each family received a replica plaque like the one that hangs in each of the seven conference rooms, which was followed by a brief tour of the rooms.

“Each and every day when they walk into these conference rooms, really to take on some of the toughest problems to secure our nation’s security, they will be honoring the memory of your loved ones,” Brig. Gen. Robert Collins said.

It was a special moment for families. Darlene Rath, who was there with her husband Leroy, shared a story about her son Joshua.

“When I ran across Joshua’s old high school papers, the teachers would make them write journals, and they would have them write their three wishes,” Rath said. “Maybe, three or more times, I found papers with Josh’s wishes. They were always similar. He wished he could fly, and now he’s involved in this whole aviation thing, and to honor him, it’s so wonderful.

“He’s not going to be forgotten.”

Recently In The News