“In an instant, our world had changed and we had to be flexible enough to accommodate those changes rapidly,” said Melba Barney, Logistics Management Specialist with the Military and Civil Survey Engineering Support Branch, Product Director, Combat Terrain Information Systems (PD CTIS).

Barney is part of a team that was awarded The Army Geospatial Center Director’s Award for Excellence in Operation Support because they took capabilities and hardware from both the Forward Looking Infrared (FLiR) systems and from their Instrument Set, Reconnaissance and Surveying toolset, known as ENFIRE, to create the U.S. Army’s Thermal Imaging and Fever Sensor (TIFS) System.

This is the story of how they did it.

Baron and Ohanian are no strangers to deploying capabilities rapidly while working under the challenging conditions created by COVID-19.

Much of that operation was done over the phone or remotely as the 7th is in Hawaii and their mission would take them to the remote island of Shemya, part of the Alaskan archipelago.

Soon after that successful mission, around March of 2020, Baron, Ohanian, Joe Gross, Kenneth Gross, Barney, Knudson and Do started applying what they learned to a new and critical mission: build a system that detects the symptoms of COVID-19.

A real key to the rapid development of the TIFS system was the fact that PD CTIS leans heavily toward using Commercial off the Shelf or COTS systems; preexisting operating systems and software packages that are already familiar to users across the military and people in general.

“Everyone one in the [military] world knows how to point-and-click, open, drag and drop and so on, so it wasn’t something that required a whole lot of thought,” said Ohanian. “This really could not have happened if the underpinning capabilities were not commercial off-the-shelf.”

“COTS does a lot of the heavy lifting as interfaces are created,” said Baron. “The FLIR sensor is commercial, the cameras are commercial and we use standard object-oriented code (code that creates icons such as on your desktop) to build the actual software tools.”

After the path forward was clear, Baron led his team in prototyping and testing. “My team went in and did the initial proof of concept at the Fort Belvoir Hospital at one of the one of the main entrances. We tested the system and did some further integration and we also developed some training tools for the system.”

Those training tools were developed by Frederick Knudsen, an Intelligence Research Specialist, former Military Intelligence officer and Operations Desert Storm and Shield veteran with a total 43 years of service in and out of uniform.

“I was tasked to provide a training method that eliminates the need for mobile training teams and face to face training until restrictions relaxed. My training team, using the current Thermal Imaging for Fever Scanner (TIFS) system from NVESD, produced a professional quality operator training video that satisfies that critical requirement.”

For TIFS, he worked with every stake-holder to create those training products in a brisk two weeks, perhaps, in part, because during his time serving in Desert Storm/Shield where he had to coordinate with Joint Multinational Forces to deploy several Tactical Exploitation of National Capabilities (TENCAP) products and tools.
With this mission, Knudsen again adapted.

“With the use of TEAMS, I had the advantage of real time, face to face, video conversations with all the players,” Knudsen said. “That can be very productive going forward and can effectively reduce travel. In application to this project, it worked perfectly.”

The hardware was ready, the training was ready. It was time get TIFS to the users with logistics.

It was “go time” for Melba Barney and Kenneth Gross, Logistics Management Specialists.

“Once the laptops were selected as the platform to run the software for the TIFS System, my main support mission was to expeditiously coordinate the shipping efforts for those laptops,” said Barney. “That was shifting other fielding’s to make sure the laptops were in place to support the pandemic response.”

“My work as a Logistician within the MCSES Branch is very routine,” said Barney with thirteen years of experience informing her matter-of-fact attitude. “However, in that a small window of time, we were able to combine our expertise as a team to get the final product out in the field successfully.”

“When we started trying to figure out how to make all these things work together the folks at PEO Soldier were wonderful to deal with…they were just missing a few things to make a comprehensive kit that they could deploy. That’s where we came in,” said Ohanian. “They had the thermal imager but they were missing things like computers and cameras and other things on a larger scale basis. Getting those things would’ve been very problematic in terms of having to use a standard acquisition construct; getting money to do it and so on. So we could it – in my mind – on a dime.”

“Bottoms line – from my perspective – it’s an example of how smaller programs like ACAT IV’s can maneuver quickly,” said Baron. “The biggest thing is it was effective and proof that the O-6 [Army Colonel] and the O-5 [Army Lieutenant Colonel] levels can come together quickly in an emergency and provide an effective solution.” 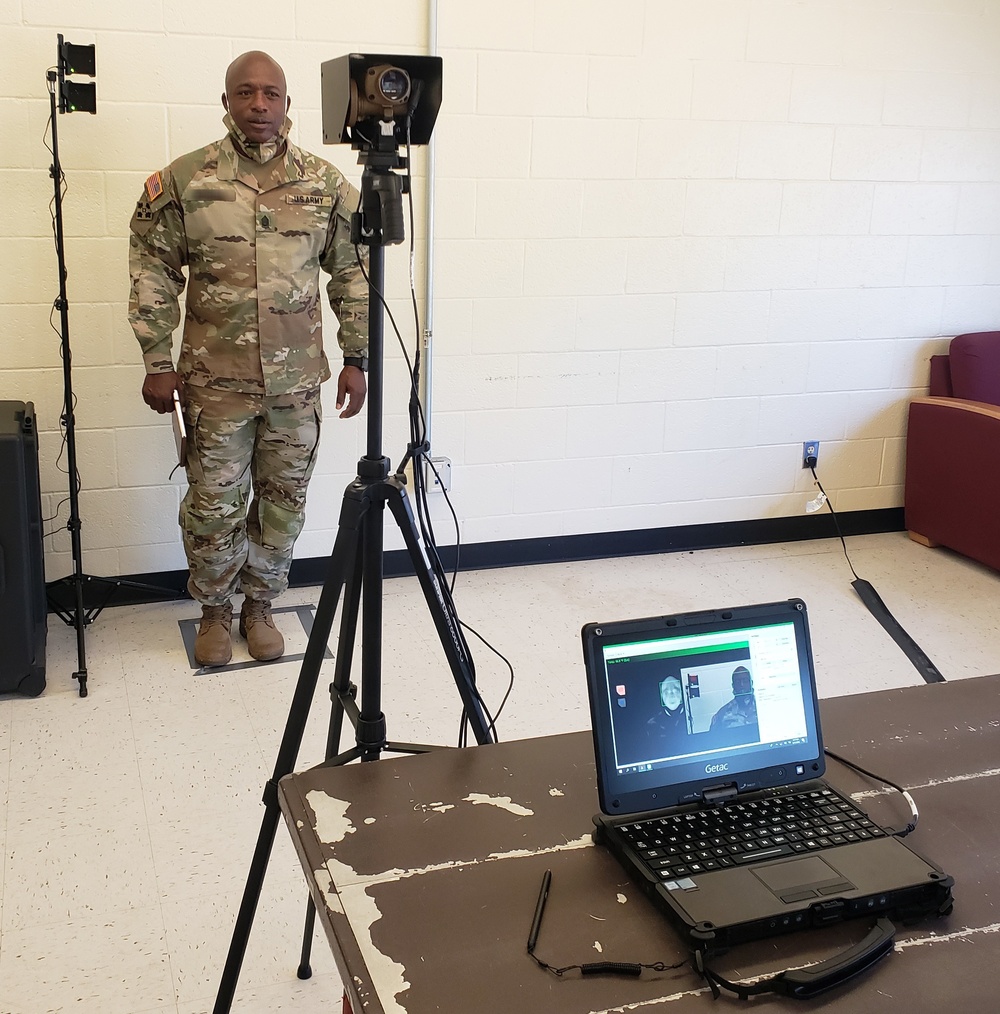